Founded by well-known mixologist Frankie Solarik and co-owner Brent VanderVeen, Barchef is the IT spot for mixology cocktails if you are in or visiting Toronto. The bartender the evening we visited Barchef was Jordan Powley, who has been behind the bar at Barchef almost one and a half years. Jordan had previously worked in Vancouver and in Port Hope at Black Beans Steakhouse and Lounge where he had apprenticed under master mixologist, Wes Galloway. 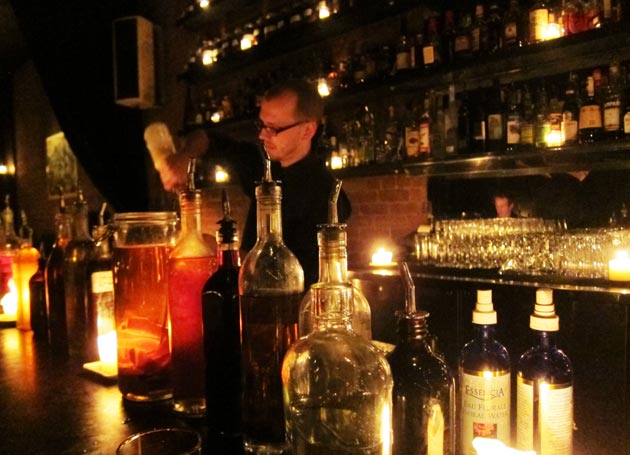 Jordan Powley behind the bar at Barchef – Toronto Cocktail Bar

It takes a few minutes to adjust to the transition from the streetlight to the ambient Barchef atmosphere, mostly lit by candles. The bar looks half alchemists lab, half magic potion bottles, set aglow from interspersed candles. 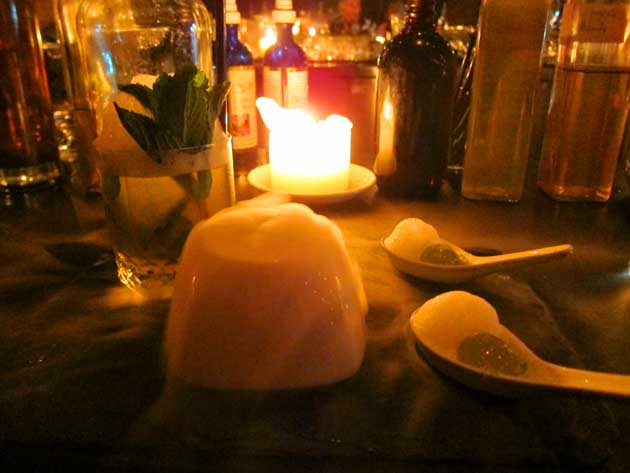 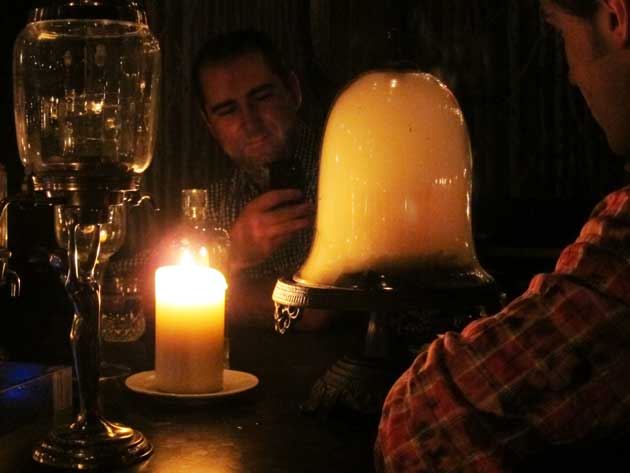 Molecular cocktails, though a specialty of Barchef, are by no means the only custom cocktail recipe type offered. Barchef also has group drinks called “Punch Bowls” in Small ($50.) for groups of 4-6 people, and Large ($90.) for 7-10 people. My guess is though that if you have a party of 7-10 people, it would be hard to get a consensus on which Punch Bowl cocktail to choose, when there are so many choices in the four different cocktail categories on the Barchef menu.

There are eight tempting cocktails on Barchef’s “Sweet & Sour” cocktail menu. My companion opted for “Van Gogh’s Downfall+ ($15.) which he generously let me sample. It was a winner made with absinthe, lemon rind, star anise and clove syrup, almond argeat, and fresh lemon. Definitely a drink I would re-order.
The “Sipping” cocktail menu had seven choices, each priced at $14.

If you’re visiting Toronto, Barchef is worth a stop, and if you are planning a special occasion event, Barchef also does cocktail catering and bartending.
Website: barcheftoronto.com